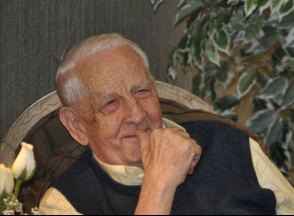 Writing Seeds
When Daddy crafted a sign and planted it along my pristine new driveway
leading to my vacation mountain home, I’m sure he could hardly wait for my husband and I
to return from South Carolina. The sign announced this 64-bypass was now a toll road
and it listed who, or what animal, had to pay certain amounts--but turkeys were free.


Maybe he decided this was appropriate because we had named our place Turkey Creek Farm. He attached a tin can at the bottom of the sign. Sometimes we would discover a dime or quarter there, but most of our guests must have been turkeys. My first article, ﻿Appalachian Humor﻿, grew from this experience. After that, I began to devour books on the craft of writing and continued to write.

One day Mother said, “We don’t have any secrets anymore! ”  I think she was afraid to see what might be coming next as my human-interest stories began appearing in our South Carolina paper, The State.  Daddy took it all in stride and even carried my stories around in his shirt pocket. He said, "Just In case anyone should inquire about his children, he could pull one out—or several." Those stories were probably worse than having to endure pictures of the grandchildren!

In a creative writing class, at USC in Columbia, SC, a professor asked us to write about someone we loved. I chose my daddy, but then felt completely stumped. There was so much to tell, where should I begin? The instructor wisely said,  “Our lives are as broad and as vast as the ocean. You don’t have the space to tell it all. Start small, with some details that will make that person real to the reader, and see where it leads you.”

And so I wrote: In Honor of an Appalachian Coal Miner, Charles Ison Guthrie. It was published in our local newspaper.

What seeds in your life have turned into stories? 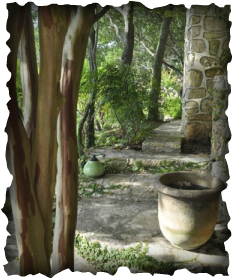 I have always envied writers who make statements
like I wrote my first story at the age
of five. Or, When I was ten, I began
my first novel.

Those experiences were not a part of my writing
journey. In fact, the opposite was true. I had no idea I wanted to write, or
even if I could write, until I had approached fifty years of age. Perhaps I was
having a mid-life crisis and didn’t know it. As I look back at that time in my
life, I didn’t know myself at all.

At the age of thirty I had left teaching second
graders behind and became a stay-at-home mom. Years flew by until our two
children had gone. One graduated from college as one enrolled. With too much
time on my hands, what would I do with all this freedom? For one thing I could
travel, and be gone for days, or even weeks, without worrying about teenagers
congregating in our empty, and inviting, home.

I accompanied my husband to one of his many
conferences and looking for a good book to read, visited a nearby
bookstore.  Normally, I read
Historical or literary fiction, but I came back to our hotel room with a book on
writing exercises. I began ten-minute segments of free
writing. I was astounded at the words that fell across the page, and I was
hooked. From there I began writing stories of growing up in Appalachia where
daddy was a coal miner and mother managed the company store.

My first tiny article, accepted by Blue Ridge
Country magazine, was entitled Appalachian Humor. Since that time my articles
and stories have found homes in various newspapers and magazines.

Now my first novel, At The Bridge, Adventures of
Agnes Series, will be released this fall by Lighthouse Publishing of the
Carolinas. My mother’s spunky spirit lives on in the character of Agnes Hopper.

If you are a writer, how did you begin?

This page is dedicated to writers who have enriched my life along the way.

"I write poetry with my whole being--especially with my ears and my eyes--and, usually with a pot of coffee."  -- Betsy Thorne

A graduate of the University of South Carolina, Betsy is a lifelong resident of Columbia, SC.
Her art work is represented in USC's permanent collection, as well as the Governor's Christmas collection.  She has participated in art exhibitions in South Carolina's State Museum, Virginia's James Center and Chicago's Lake County Museum.
She is a published poet and a member of the Squaw Valley Community of Writers.